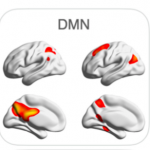 A new study in Brain Imaging Behaviour by researchers at the Murdoch Children’s Research Institute in Melbourne found cognitive tasks use the same amount of effort in healthy adolescents aged 13-18 as those with Myalgic Encephalomyelitis and Chronic Fatigue Syndrome (2006 Jason et al paediatric definition), but those with ME and CFS did worse on testing due to subjective fatigue.

The authors suggest central nervous system dysfunction may underlie the core symptoms such as cognitive disturbance, fatigue and post-exertional malaise.

The study was funded by ME Research UK and was looking for neurological biomarkers and aiming to improve clinical care for children and adolescents.

Dr Elisha Josev, the paper’s lead author, presented at the International Symposium in Geelong, Victoria in 2019 and you can watch her presentation here. One of the other authors, Dr Sarah Knight, spoke about the work a few years ago.

How was the study done?
Work was done to ‘map and study the effects of cognitive fatigue in the brains of adolescents diagnosed with CFS/ME’.

This study used resting-state functional MRI (magnetic resonance imaging) to evaluate ‘intrinsic connectivity, cognitive function, and subjective fatigue’ before and after a period of cognitive exertion in 48 adolescents (25 young people with pediatric ME and CFS, 23 healthy controls).

Assessments were done at a hospital on a single day and participants were scanned by MRI before and immediately after ‘prolonged cognitive exertion’.

The 90 minutes of cognitive exertion were:

The young people met the 2006 Jason et al criteria for ‘A Pediatric Case Definition for Myalgic Encephalomyelitis and Chronic Fatigue Syndrome‘, referred to as ‘CFS/ME’ by the authors of the study. The study doesn’t specify the severity of the disease in participants (aside from how much school they missed), but does explain that participants came to the hospital for the 90 minutes of cognitive testing plus 65 minutes for the MRIs which indicates no housebound young people participated. One adolescent didn’t complete the testing due to ‘excessive fatigue’.

Findings
“Findings suggest that effortful cognitive tasks may elicit similar levels of energy expenditure across all individuals in the form of reduced brain functioning and associated fatigue. However, CFS/ME may confer a lower starting threshold from which to access energy reserves and cognitive resources when cognitive effort is required.”

The adolescents with Paediatric ME and CFS had slower reaction times before cognitive exertion and even slower after exertion.

The authors state that although there are inconsistent findings in studies of adults and the brain abnormalities identified have been conflicting, there is mounting evidence that neuroinflammatory processes may be involved in the pathophysiology.

School absence
Josev et al point out that Paediatric ME and CFS are a leading cause of school absence (an average of one school year is missed, Rangel et al 2000), the cause of the disease has not been identified and there are ‘few evidence-based treatment options’.

Parents of the study’s participants with Paediatric ME and CFS estimated their child’s school absence in the last term, none of them were attending full time while more than 40% were missing school 90% of the time or not attending at all.

The adolescents with Paediatric ME and CFS reported significantly lower levels of subjective sleep quality than healthy adolescents too.

‘Resting-state functional connectivity, cognition, and fatigue in response to cognitive exertion: a novel study in adolescents with chronic fatigue syndrome‘ was published in Brain Imaging Behaviour in April 2019.