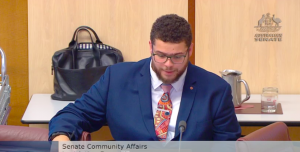 Australia’s federal government now has a $3 million grant round open, calling for research into ME and chronic fatigue syndrome. $3 million over three years is a huge increase on previous spending, yet is a tiny proportion of the $9 billion the government is spending on medical research over 10 years.

After two decades of Myalgic Encephalomyelitis and chronic fatigue syndrome research receiving less than $100,000 a year, Australia’s federal government is now calling for funding applications to:

No criteria specified for grant applications

No criteria is specified, which is concerning as Prof Andrew Lloyd, who has historically received the majority of government funding, describes ‘ME/CFS’ as sitting on a ‘fatigue continuum’ and does not use the Canadian or International Consensus Criteria for Myalgic Encephalomyelitis.

The request for research into ‘psychological wellbeing’ is concerning for a disease for which ineffective psychology treatments are currently prescribed in Australia’s guidelines.

The grants were announced by Health Minister Greg Hunt earlier this year. Unfortunately, it is less than the $6 to $9 million the Minister had advised he would try and find in his meeting with ME Australia in November 2018.

Myalgic Encephalomyelitis and chronic fatigue syndrome are major issues that can have a profound impact on individual and community life. 240,000 Australians – at least – have some form of ME or CFS. Of those a quarter can be housebound with the same impact on them as MS or any of the neurological conditions so it can be a crippling and catastrophic diagnosis for an individual.”

Applications for funding will be open until 29 January 2020.

The NHMRC will administer the grants. The NHMRC’s CEO is also due to release her response to the advisory committee’s recommendations this week, which may recommend funding.

Senator Jordon Steele-John sought reassurance once again from the NHMRC that funding would not be spent on graded exercise therapy or cognitive behavioural therapy, mentioning the times he and previous Senator Scott Ludlam had raised this (see below for previous hearings dating back to 2015.)

Senator Steele-John said these therapies are ‘not only not useful but also quite damaging’ and asked NHMRC CEO Prof Anne Kelso if this would be prevented.

“The focus of the targeted call for research is is on the pathophysiology of ME/CFS, in other words the underlying causes. The purpose is to focus on causes and diagnosis rather than possible treatments,” Prof Kelso said.

“We hope will get a number of strong applications. We would normally expect that that would allow funding for between two and four or five grants so we look forward to seeing what we receive.”

When asked how the NHMRC would screen out research that looks into psychological causes, Prof Kelso advised the hearing that ‘the specific grant guidelines will not be seeking to exclude any particular area of research within the scope that’s defined’.

Senator Steele-John also asked how the NHMRC would rule out harm.

“This will be a matter for the expert review as we will be very careful in the selection of the members of that committee to make sure we have a breath of expertise,” Prof Kelso said.

The senator asked for the qualifications of those on the panel assessing applications and was advised that the panels are usually chosen after applications are received.

“What we would often do is wait to see the nature of the applications before choosing the members of committees to ensure we have the best possible match of expertise and also minimising potential conflicts of interest,” Prof Kelso said.

March 2017: Senator asks about the progress of ME and CFS research proposals and GP education

February 2016 Most of the $2.4 million in research the government says is for ME or CFS is spent on research into psychology, exercise or for other conditions such as hepatitis C