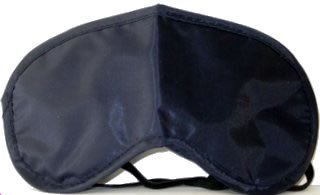 What have big donations done for the Big Data Study on severely ill patients at the Open Medicine Foundation?

Last year the Open Medicine Foundation (OMF) received more than US$1,650,000 in anonymous donations towards the End ME/CFS project-Severely Ill Chronic Fatigue Syndrome Big Data Study.  Four large donations from families with loved ones with ME/CFS made up the largest portion, while more than $400,000 was donated by the patient community around the world.

Technology companies in Silicon Valley have also volunteered to help in the analysis phase of the Study, for free or at a low cost.

These donations are speeding up the research, says Linda Tannenbaum, Executive Director at the Open Medicine Foundation. Tannenbaum’s daughter has ME/CFS.

“Big donations, like these, allow us to plan upfront big studies and move immediately on them once the scientists decided exactly what the most important studies should be. With large donations, there is nothing stopping us to continuing this research. We have the scientists, we have the testing labs, we have the patients and the more money that we have, the quicker we will understand this illness.”

“If we continue to raise big donations, we will be able to move on the big plan, which is to collaborate internationally and bring in scientists that are already in this space and in similar fields to brain storm and ignite this research as it should be,” Tannenbaum said.

A researcher has said that genes predispose people to the illness and suggested a large genome-wide association study.

“We could do a genome-wide study if it was funded,” Tannenbaum said when asked about it.

“We are currently funding and concentrating on what is going on molecularly (at the cellular level) to be able to find a diagnostic biomarker and understand the paths that are affected in hope to find answers that translate into treatments.”

The personal stories in the Open Medicine Foundation

The director of OMF’s scientific advisory board is Ronald W. Davis, PhD who is also a professor of biochemistry and genetics at Stanford University School of Medicine. Davis’ son Whitney Dafoe has severe chronic fatigue syndrome. Whitney is unable to talk or write; he communicated by setting up Scrabble tiles to read ‘dying’.

Medpage Today described it: Dafoe is now bed-bound. He cannot endure light, sound, or strong smells. He is tube-fed and can’t tolerate a stranger’s presence or manage a conversation.

Any ‘demand’ on the brain such as trying to identify a stranger in his room, or assess whether that person is a threat, are tremendously taxing for Dafoe and can cause him to crash.

Davis cares for his son daily but has not spoken to him in over a year.

He has medical colleagues who know his son’s story and have read the IOM’s report but remain skeptical about ME/CFS. He believes biomarkers will end that debate.

Davis said he is running out of time. “I must find out soon what is causing the disease and how to cure it. I know I’m not the only one working on this disease, but there are too few researchers, too few medical specialists, too little research funds and too many patients. I know I, or someone, can figure this out. It requires a lot of new data and a lot of thinking. For the past two decades, I have been involved in innovation of medical technology and automation to generate massive amounts of human data (Big Data) but how do we speed up the thinking?”

The ME/CFS Severely Ill Big Data Study is designed to find a clinically useful diagnostic biomarker. OMF says a distinctive biomarker that correlates with symptom severity could reveal the disease structure or mechanism. The second phase of this study will aim to test the discovered biomarkers in the less severely ill to see if they are present but possibly not as strong. Discovering biomarkers that go up or down with symptom severity will provide targets for treatment trials.

Davis doesn’t expect to find a single biomarker, but several biomarkers of different types­ – such as metabolites, RNA molecules, or proteins – that together could serve as the biomarker. The study is expected to last 9 to 12 months, though the analysis could take longer.

Excitingly, the OMF will publish its results online to encourage as much collaboration as possible.

Who is working at the OMF?