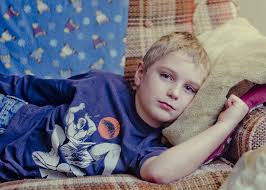 Researchers at the Murdoch Children’s Research Institute in Melbourne confirmed that paediatric chronic fatigue syndrome (Fukuda criteria) causes significant disability and little is known about how common the condition is or how it is currently managed in Australia. More than half of children have to wait a year or longer before receiving a diagnosis.

Led by neuropsychiatrist Dr Sarah Knight, the study aimed to estimate the paediatrician-diagnosed incidence of chronic fatigue syndrome in Australia, describe demographic and clinical features, as well as approaches to diagnosis and management.

The study found there was marked variability between geographical regions, demonstrating the inconsistency and difficulty with diagnosis in Australia. The authors stated there is a need for new national clinical practice guidelines for CFS, accompanied by a systematic implementation strategy. The current Australian CFS guidelines are widely criticised.

Published in Diseases in Childhood, ‘Epidemology of paediatric chronic fatigue syndrome in Australia‘, the list of authors includes Dr Kathy Rowe and Prof Sonya Marshall-Gradisnik who are both on the Australian government’s ME and CFS advisory committee.

Data from young people aged under 18 years diagnosed with CFS between April 2015 and April 2016 was collected from the Australian Paediatric Surveillance Unit which ‘facilitates monthly national surveillance of uncommon conditions seen by paediatricians’ but the authors state that this underestimates the number of children affected.

“Paediatricians who are not confident in diagnosing CFS, do not believe in the existence of CFS, or the importance a diagnosis and providing management, may not report cases even though the child or adolescent meets the criteria. Accordingly, our results may underestimate the true incidence of paediatric CFS in Australia. It was not possible to include general practitioners in the data collection which may also result in an underestimate of incidence. It is possible that milder cases of CFS are not referred to paediatricians, and so were not identified in our study. The low proportion of severe and very severe cases may be influenced by selection bias, as these young people may be too sick to attend a consultation for diagnosis and so not captured by our study.”

A substantial delay between symptom onset and diagnosis observed in this study was also found in two other Australian studies. More than half (54%) of patients are not receiving a diagnosis, and therefore likely not recieving appropriate medical care, for over a year. This was attributed to the tests recommended by the Australian clinical practice guidelines, which treat CFS as a diagnosis of exclusion. The study did not mention misdiagnosis, which is a problem in the adult population, with 40% of people not meeting the Fukuda CFS criteria and less than a third meeting the ME criteria.

Access to care was mentioned, stating that Victorian patients were more likely to be referred to specialist services than in other parts of the country.

“The variation in diagnostic rates of CFS by paediatricians, plus protracted time to diagnosis, highlights the need for a national, coordinated approach to improving health-care for children and adolescents with CFS. This should include prospective evaluation of health outcomes for adolescents with CFS and supporting an evidence-informed approach to management. Review and update of the national clinical practice guide-line for CFS, with a systematic implementation strategy, will be crucial to ensuring children and adolescents with CFS receive access to more consistent care at national level.

This study was funded by the Mason Foundation and the Murdoch Children’s Research Institute Government Infrastructure Grant.