The Lost Years: a personal journey 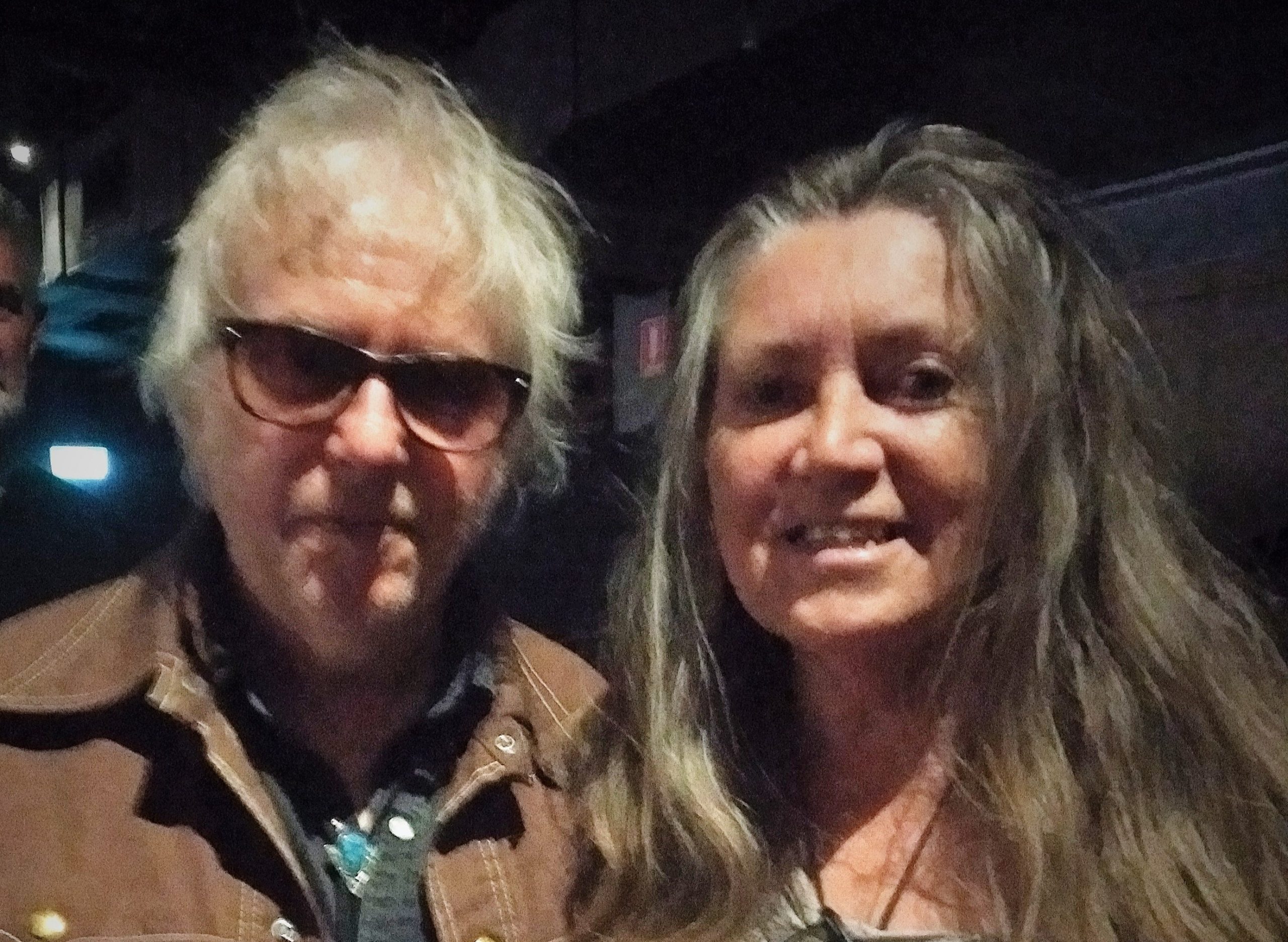 Kathy Collett has lived with Myalgic Encephalomyelitis for more than 30 years.  Frustrated by the lack of knowledge and dismissive attitude of doctors, Kathy conducted her own research to see what she could do to improve her health. Pre-internet, this was difficult but Kathy persisted and travelled overseas for treatment which helped relieve painful symptoms. Kathy questions why most doctors aren’t educated and points out their dismissive attitudes and lack of information means a poorer quality of life for people with ME, despite research which has existed for decades.

It started with a twinge and ends with a whinge.

Virtually overnight my life had changed. I developed horrific pain following repetitive action affecting the full length of my arms. It remained that way for nine years. Gone were my passion for creating art and a career in advertising as a copywriter, as both required regular use of my arms. The pain would shoot down the full length of my arms and extend to the middle of my back remaining that way for a week after only twenty minutes’ use.

I did the rounds of doctors’ surgeries and physiotherapists but nothing helped my situation. Some doctors didn’t believe me, while others worked in with the insurance industry to deliberately dismiss my claim. They were literally on the insurance company’s payroll and got repeat referrals as they knew they could be relied upon to rule out the patients’ injuries. One thing I noticed was that they couldn’t bring themselves to sign my damning reports and got their secretaries to do so. Unfortunately, two of them continue to review patients and they are still dismissing them.

This was before the implementation of the Australian Health Practitioners Regulation Agency and ratemds.com; the latter is where patients have their say and rate their experiences with those working in the health industries. It is of no coincidence the doctors I saw have bad reviews from other patients on this platform.

I decided to look for answers myself  even though my medical knowledge was extremely limited. I researched doctors (there was no internet then) and after about six years, I was fortunate to find a book by Dr Jay Goldstein who had just written Chronic Fatique Syndromes: The Limbic Hypothesis, a book focusing on conditions like Myalgic Encelphalomyelitis, Fibromyalgia and Repetitive Strain Injury which often overlap. In the case of Myalgic Encephalomyelitis, sometimes referred to as Chronic Fatique Syndrome, auto immune problems and brain dysfunction are involved. Unfortunately, l have the trifecta – all three – and was diagnosed by Dr Goldstein when l visited him in his surgery. That’s where l saw an image of a patient’s brain biopsy showing lesions surrounding the brain. While in in California, I rang a researcher and he informed me that Dr Goldstein had the best handle on the brain. It is interesting to see that some researchers are now focusing on the brain in relation to ME.

In his book,  I found a treatment that worked as a preventative measure. I would apply nitroglycerine patches normally used for heart patients. Dr Goldstein used prescription drugs in alternative ways and by applying half a patch before using my arms, l could alleviate the pain created by repetitive motions. I then would remove the patch after three hours. It worked brilliantly until a cardiologist I saw detected I had heart problems and recommended I didn’t use it anymore. Naturally I was devastated as l thought my luck had run out.

Once again, Dr Goldstein came to the rescue. He visited Sydney from California and prescribed a device similiar to the one I now use. It is a pulsating magnet and operates on a lithium battery creating oxygen and blood flow to the brain. I can now use my arms as long as I like providing I wear it twenty four hours a day. The pulsating magnet was created by a Russian scientist who noted that their astronauts were returning from space with medical problems such as premature ageing and Arthritis.

Dr Goldstein became my mentor and l wrote articles in patients’ newsletters highlighting his research. Along with Dr Mena from the Mayo Clinic,  he conducted brain SPECT scans on ME patients in the late 1980s resulting in decreased blood flow to the brain. This led to his focus on neuroscience including brain dysfunction which was poorly understood by other researchers. He presented at many medical conferences and another researcher described him as “a genius who has been badly treated”. On another occasion the same researcher admitted “he is way above my head”. The lack of comprehension regarding his work meant it is only now gaining limited interest by those who include brain problems in their research. I believe he was twenty five years ahead of his time and often wonder how long it will take before others fully comprehend his research findings. It is upsetting to see the delay and painful to see others repeating some aspects of it without realising his enormous contribution particularly as millions suffer world wide.

Fortunately he documented his research in his books and a biochemist who reviewed one of them on line described his “as possibly the most brilliant physician of the 20th Century. As many great thinkers, he was so far ahead of his time that he was forced to toil in obscurity, making breakthrough after breakthrough, but unable to explain his breathtakingly elegant theories to the rest of the medical profession”. Actually he did explain them at conferences, it was just that he was misunderstood.

Coinciding with my problems when ME became chronic – I have had it in a mild way since childhood – I developed a severe Vitamin B12 deficiency which can occur with the illness, and once again it was ignored. It got so bad that when l felt like I could possibly die, l went to the Accidents and Emergency Section of a Perth hospital. I was lucky to get diagnosed by an intern and he discovered a low haemoglobin of 70 and it was the lowest my GP had ever seen. It can cause brain damage, erosion of the myelin sheath and even death. When l queried the rheumatologist as to why it wasn’t picked up before, he said “because you didn’t have grey hair”. I have since found out babies can develop it.

It took many years due to my health limitations, but I now have a degree in fine art made possible by my research and locating these treatments. The doctors I saw would not understand or be interested in the research I did and their patients would still be suffering. Why were they lacking in the knowledge to provide me with treatments?  Perhaps if they weren’t so dismissive it would not have been necessary for me, a layperson, to spend a total of thirty years researching these conditions.

I feel the Government should have educational information available online where doctors can login for advice and treatments as situations like mine would be occurring often.

Myalgic Encephalomyelitis is a complex condition and baffles most doctors. It is rarely taught at medical schools despite it being recognised as a neurological condition by the World Health Organisation in 1969.  Some doctors still have not heard of it and recently a doctor said so and then asked how to spell it. Causes for other auto immune illnesses are unknown and they cover a wide spectrum such as Arthritis, Lupus, Diabetes 1 and Lupus amongst other conditions.

I found it difficult to be accepted by the specialists and it was only when l developed heart problems that l was treated with respect by local cardiologists. However, a Professor of Neurology at a local hospital acknowledged ME as a legitimate, physical illness and was very supportive. When l saw him back in 1998,  he acknowledged that the brain is heavily implicated. Since then, inflammation of the brain has been connected to the illness.

Some doctors seem to be out of their depth which has resulted in patients like me continuing to do research. Until there is wide spread acceptance by the medical fraternity, we will be subjected to scepticism and dismissed as having a psychological illnesses when it is not the case.

Without the input from Dr Goldstein, l would be still searching for help for my Repetitive Strain Injury and understanding of Myalgic Encephalomyelitis. 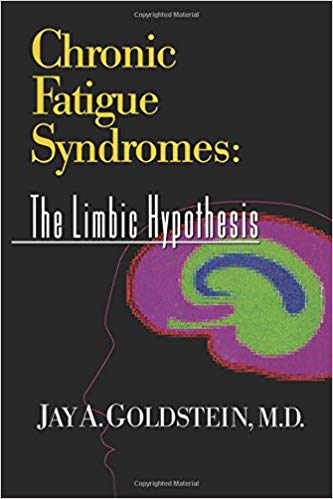 Titles by Dr Jay A Goldstein

6 thoughts on “The Lost Years: a personal journey”