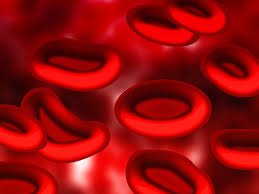 Australian scientists announce they have made a breakthrough in chronic fatigue syndrome testing, now looking for partners to bring a diagnostic test to market.

An ABC radio interview with Australian scientists at Queensland’s Griffith University reveals they have identified new markers on white blood cells which can be used to screen chronic fatigue syndrome patients. Patient Lyn Wilson, Professor Don Staines and Professor Sonya Marshall-Gradisnik are interviewed.  Listen to the interview or read the transcript.

DAVID MARK: Australian scientists say they could soon produce a diagnosis for Chronic Fatigue Syndrome that could be as simple as having a blood test.

The scientists have identified new markers on white blood cells which can be used to screen patients who present with symptoms characteristic of chronic fatigue.

DON STAINES: We have found for the first time, specific markers, which can now be used in the form of a blood test to screen people who may present with symptoms of Chronic Fatigue Syndrome or myalgic encephalomyelitis to their GP.

Several published and as-yet-unpublished studies contributed to this stage, according to Griffith.

ABSTRACT: In one embodiment the invention relates to the use of differentially expressed microRNAs (miRNAs) as biological markers for identifying subjects that have Chronic Fatigue Syndrome (CFS) and/or Myalgic Encephalomyelitis (ME) [systemic exertion intolerance disease (SEID)], or are at risk of developing CFS and/or ME. In another embodiment, the invention relates to probes, tools, reagents, kits and assays for screening subjects for CFS and/or ME and/or managing CFS and/or ME.

The research team from the National Centre for Neuroimmunology and Emerging Diseases (NCNED), Menzies Health Institute Queensland, has identified new markers that can be used to screen patients and is now looking to partner with diagnostic companies to bring a test to market. The screening test is expected to benefit all those with symptoms of the condition (chronic fatigue syndrome).

“Over the last four years, with support from the Queensland Government and philanthropic donors, we have identified unique markers in CFS patients,” says Professor Marshall-Gradisnik.

“This screening test may be expected to become a laboratory standard to provide more certain, and cost-efficient, diagnosis for CFS. Currently patients may be undergoing a range of tests to diagnose for CFS which incurs a significant cost to the health care system.

“CFS, also known as myalgic encephalomyelitis (ME), affects up to 400,000 Australians, many of whom are housebound or bedbound. Patients are isolated and further stigmatised by disbelief of their condition.

“This illness has traditionally been difficult to diagnose, meaning that people can go for months without getting the care and attention they require. We are confident that the new screening test currently in development will provide efficient and increasingly accurate screening for people with CFS.  This test may also be used to monitor and track the progression of their illness,” says Professor Staines.

Awareness and support of CFS is currently gathering momentum in Australia, with a recent Senate Estimate Committee highlighting the requirement for increased research and funding regarding the condition.