‘Patient uprising from our beds’: Melbourne MillionsMissing on 12 October 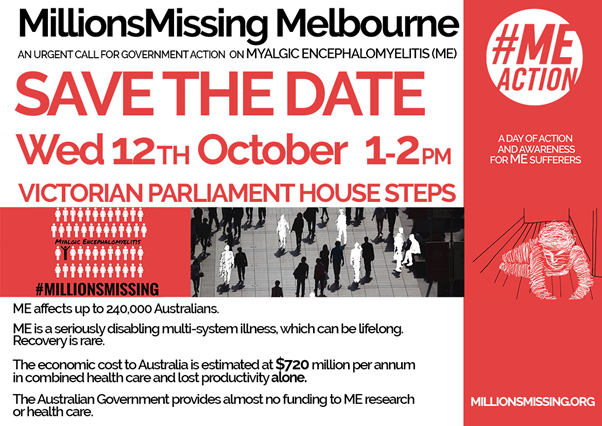 ME patients, family, friends, health practitioners and researchers are joining together to bring ME to the attention of government. Melbourne’s MillionsMissing will be on the steps of Parliament House, Spring St, Melbourne, from 1pm to 2pm on Wednesday 12 October 2016.

MillionsMissing is a global event begun by MEAction, dedicated to the millions of people who are missing from their careers, schools, social lives and families due to ME, as well as the millions of dollars missing from research and clinical education. At MillionsMissing Melbourne, ME patients and supporters will gather to ask the government to commit funding to ME diagnostic testing, better health care and research into ME commensurate with the economic burden of the disease.

Australia’s health department has spent just $1.6 million since 2000 on research into ME and CFS. Much of that has gone to researchers using potentially harmful therapies such as graded exercise therapy and cognitive behavioural therapy which are not supported by evidence.

MillionsMissing Melbourne coordinators, Jenny Meagher and Anna Kennedy, described this MillionsMissing campaign as like rallying a patient uprising from our beds.

“This MillionsMissing Melbourne campaign is operating like a relay race, each ME patient passing the baton when they inevitably fall sicker from the overexertion required to get this big event up.

“We will get there in the end, a bunch of squeaky parts hopefully making up a well-oiled campaign team.

“Of all the diseases we know about, ME is amongst the most complex and least understood in terms of its effects on multiple systems of the body, its uniquely and severely disabling impact on patients, and the level of physical suffering patients endure, particularly those who are so severely ill they are too unwell to access traditional health care services,” MillionsMissing Melbourne coordinators, Jenny Meagher and Anna Kennedy said.

RSVP here on my.meaction or on Facebook. If you’d like to be more involved, join Australia’s my.meaction group or the Melbourne MillionsMissing campaign group.

The team created a toolkit* of resources to use on social media and for approaching your local member of parliament, plus a press release*. *Please note: they used a variety of names interchangeably, which MEAustralia doesn’t endorse as Australia’s 2002 CFS criteria is very different to the International Consensus Criteria for ME.

For a fact sheet on ME, here’s The Facts: ME in Australia.

The last Melbourne #MillionsMissing event was held in May. Did you go to the last one? Are you planning on attending this one, or joining online? 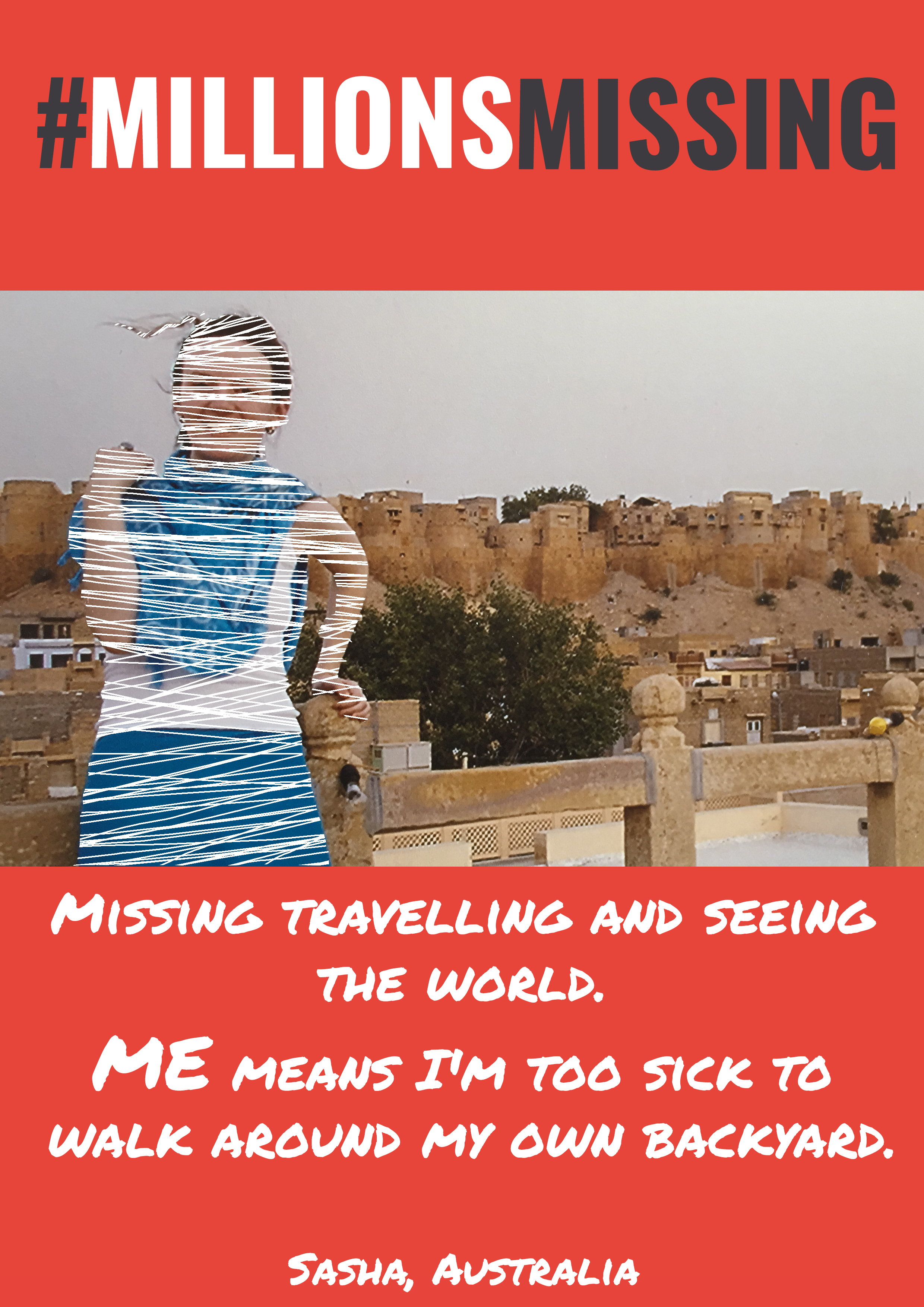 One thought on “‘Patient uprising from our beds’: Melbourne MillionsMissing on 12 October”