Australia’s National Health and Medical Research Council (NHMRC) says it plans to spend $3-5 million dollars over three to five years on funding targeted research into ME (myalgic encephalomyelitis) and chronic fatigue syndrome. This would be a huge increase, as the NHMRC have not funded a study since 2005.

The NHRMC said it will take time as it has to stagger targeted calls for research to manage within budget but it will be months, not years, before it happens.

The NHMRC is consulting with the Australian Health Ministers’ Advisory Council’s working committee; Emerge Australia; the Department of Health and others in federal Australian government.

Recently, the Australian government has failed to include people who have ME or diagnosed with chronic fatigue syndrome and incorrectly stated 75% recover without treatment, when the figure is closer to a mere 5%. When ME is not included in these government reports or the figures are wrong, this negatively impacts policy and research.

NHMRC’s CEO, Prof Anne Kelso, said the NHMRC are serious about trying to identify what it could fund that would be effective.

“The absence of a regulated diagnostic test being generally available, despite the fact that there is clearly some research progress, which is promising and exciting, the lack of a clear, simple set of diagnostic criteria and the lack of clear treatment protocols. The range of research questions that the patient group wish to have answered is very broad and the difficulty for us is how to define exactly which questions would be tractable with the type of budget which could be applied to such a targeted call for research,” Prof Kelso said.

Australian government unaware of USA’s institute of health position on exercise
Prof Kelso said the NHMRC contacted the National Institutes of Health in the USA, to understand whether there is a way to collaborate with the NIH to ensure that the right work is done and leverage their broader expertise and broader budget. The NHMRC is waiting to hear back from the NIH.

Senator Ludlam reminded the NHMRC that their research money in past years has been spent in New South Wales on research and treatments that encourage people to exercise, and that that is incredibly damaging for people with this condition.

“The director of the National Institutes of Health, Dr Francis Collins, has said that any exertion just makes you worse,” Senator Ludlam explained.

Prof Brendan Murphy, Chief Medical Officer for the Australian Government and principal medical adviser to the Minister and the Department of Health answered.

“It is a very disputed area. I think there are still some Australian experts on this disease who would dispute the assessment that you describe, but I have not looked at the evidence recently,” NHMRC’s Prof Murphy said.

“There are no patients who dispute it, though,” Senator Ludlam said.

“I am sure there are patients who dispute it too,” Prof Murphy said. 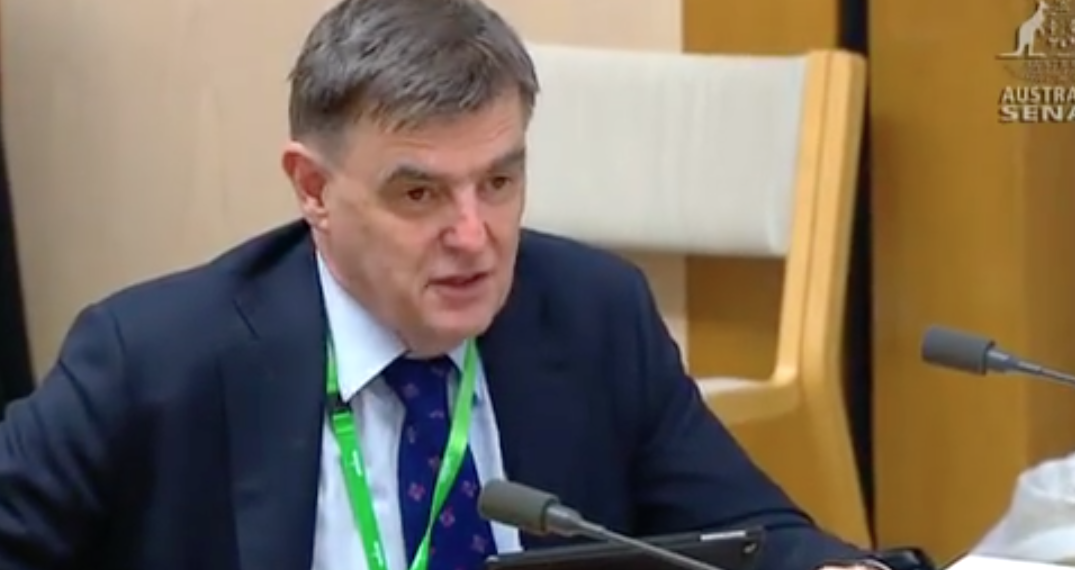 Misdiagnosis is a huge issue in Australia. A 2016 study showed that 2 in 5 people diagnosed with chronic fatigue syndrome in Australia don’t meet the most-used CFS definition (Fukuda). Only one-third of people diagnosed with chronic fatigue syndrome meet the International Consensus Criteria for ME, which means 68% don’t have ME.

“The sooner we can get solid, consistent information into the hands of GPs, the sooner people with this condition will not be prescribed harmful treatments. Does that need to wait for a targeted call for research, or could that happen much sooner on the basis of already-existing evidence?

“Is updating the clinical definitions and guidelines that GPs are given to work with around the country going to have to wait until this targeted research is under way, or could we, for example, adopt the Canadian consensus guidelines or those used by other governments? Is that even within your bailiwick?”

Prof Kelso said it is hard to answer the question of whether any possible guidelines for chronic fatigue syndrome and ME should wait for that research to be done.

“I understand the Guidelines promoted and badged by the NHMRC have to follow certain international standards of quality of evidence, and my understanding is that that evidence base has not yet been developed.”

Read a full transcript of the hearings (at the end of the document) or watch:

PrevPreviousLloyd’s university responds: CBT/GET training trial for chronic fatigue syndrome
NextLooking for an excuse to eat chocolate? Griffith Uni may give you one.Next