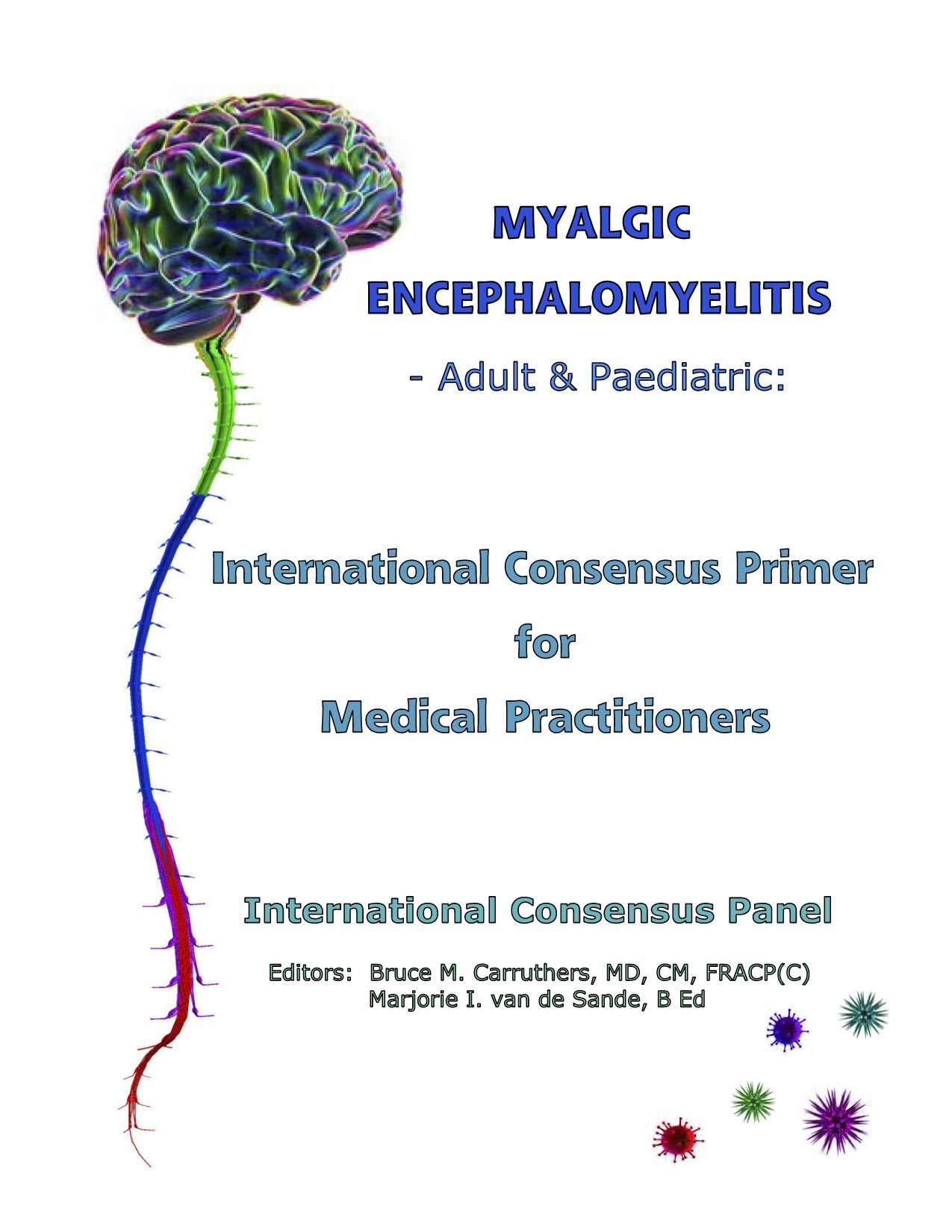 Interviewing Prof Andrew Lloyd last year for this story, he explained he was working on an online program of graded exercise therapy (GET) and cognitive behavior therapy (CBT) program at the University of NSW’s Fatigue Clinic.

Prof Lloyd described the PACE trial, which evaluated these therapies, as having “reasonably solid data”.

The University of NSW has now registered a trial to ‘investigate the efficacy of online continuing education for health professionals to improve the management of chronic fatigue syndrome’.

The study is designed to educate medical professionals. Prof Lloyd said it would ‘protocolise the intervention’ and that he had a grant to turn into an online module and evaluate it.

The study isn’t evaluating CBT and GET, it already accepts those as “widely acknowledged as best-practice interventions for CFS”, it is training health professionals in:

This study is funded by the Mason Foundation.

Modifinil study
The second study he mentioned was the trial for a brain stimulant called Modafinil. Prof Lloyd received a grant for this work and is accessing the drug directly from the manufacturer, he said.

“It changes the perception of fatigue and lengthens time to exhaustion”, Prof Lloyd said.

Modafinil is used to treat idiopathic somnolence (excessive sleepiness) and the US National Library of Medicine warns “Modafinil may be habit-forming. Modafinil may decrease your sleepiness, but it will not cure your sleep disorder. Modafinil should not be used in place of getting enough sleep.”

What needs to be done
Prof Lloyd is one of the authors of the 2002 Australian criteria and also sits on NHMRC grant review committees.

The Australian set of criteria states chronic fatigue syndrome overlaps with the psychiatric condition, neurasthenia, that it is on the spectrum of fatigue so it is not its own ‘entity’ and apart from minor, non-specific signs of illness, the physical examination in people with CFS is normal.  Prof Lloyd doesn’t believe these criteria need updating.

“Graded exercise programs have been shown to be beneficial for some people with CFS, and can improve functional status.

[Patients] may have been led to believe that any physical activity at all could be harmful. Unwarranted concerns of this kind may lead to maladaptive attitudes and behaviours that may increase disability and retard recovery.

Doctors should avoid simplistic attributions of CFS to “chronic infection”, “immune dysfunction”, “malingering”, or “mere depression”. Instead, it should be recognised that the illness is likely to be multifactorial in origin. A broad perspective that encompasses medical, psychological, and social aspects is more appropriate.

“Concurrent psychological disorder, somatic symptoms, high levels of fatigue and a low sense of control over symptoms are associated with poorer outcomes.

Neurasthenia (literally meaning “nervous exhaustion”) is a diagnosis included in the International classification of diseases (ICD-10) to describe a syndrome of mental and physical fatigue of at least three months’ duration. The term has a long tradition of use in psychiatric classification, but the extent of its overlap with CFS, and with common psychological disorders such as anxiety and depression, remains to be determined.

Perhaps the most difficult diagnostic uncertainty between CFS and psychological illness is in relation to “somatoform” disorders (DSM-IV107). In these disorders, people present with medically inexplicable physical symptoms that are hypothesised to be the result of underlying psychological processes. As the causes of CFS are “unexplained”, there is an obvious overlap between the diagnostic criteria for the somatoform disorders and CFS.

The mental state examination of people with prolonged fatigue should focus on the observed behavioural features rather than simply those reported by the person. These include psychomotor slowing (which may suggest a serious depressive disorder), demonstrable cognitive impairment (suggesting intoxication, delirium or a dementia syndrome), odd or bizarre interpersonal behaviour (suggesting a psychosis), and hostile, angry or excessively irritable responses (suggesting a personality disorder).

Diagnostic labelling of patients with fatigue

In the general population, fatigue states form a continuum in terms of severity and duration, and it is only in those with the most severe and persistent symptoms that a diagnosis of ‘CFS’ may be appropriate. Although the internationally accepted CFS case definition remains the “gold standard” for diagnosis, it is necessarily arbitrary, having been developed for the purpose of making valid comparisons between research studies carried out in different settings. As such, it creates an artificial boundary within the clinical continuum of fatigue states, giving the false impression that a specific clinical “entity” has thereby been delineated.

In the absence of a clear understanding of aetiology and pathogenesis, the term CFS should be regarded as a descriptive label only. Diagnostic boundaries are further blurred by the clinical overlap with other conditions such as fibromyalgia, irritable bowel syndrome, neurasthenia, anxiety and depression, in each of which fatigue can occur as a major symptom. In each person with chronic fatigue the doctor must exercise clinical judgement in deciding whether CFS is an appropriate diagnostic label.

Apart from minor, non-specific signs of illness, the physical examination in people with CFS is normal.

What you can do
The 2002 Australian criteria need replacing, for the purposes of the NHMRC and other bodies evaluating grants, as well as for the Australian Medical Association (AMA) and the Royal Australian College of General Practitioners (RACGP) to distribute to their members, who are our GPs.

In research, Griffith University already uses the International Consensus Criteria (ICC) and they are the some of the authors of this Primer for Medical Practitioners.

Other reputable researchers, such as the Murdoch Childrens’ Research Institute, the Australian National University and the CFS Discovery Clinic use an earlier version of the ICC, the Canadian Consensus Criteria.

Western Australia’s society endorse the earlier version, the Canadian Consensus Criteria and Queensland doesn’t make mention on their website. (to be updated with information from them once provided)

The Australian ME/CFS society’s former chairman, Simon R. Molesworth AM, QC, has issued two written complaints to the AMA’s Dr Martin Van Der Weyden about the 2002 Australian criteria, here and here, which are worth reading. The letters say the guidelines will result in misdiagnosis, inappropriate and inadequate medical care and the promotion of widespread misconceptions about the illness.

“Evidence is not good enough for the Guidelines to be called ‘evidence-based,’ the assessment and presentation of the evidence has not been objective, the Working Group was not truly representative and so the end product is unreliable. The document provides potentially harmful management suggestions with insufficient supporting evidence.”

Emerge Australia has made it’s views on CBT and GET quite clear: “There is no good evidence to support the use of graded exercise therapy or cognitive behaviour therapy and there is important emerging evidence on genetic and immune markers for the condition, so we ask the Department of Health not to waste precious research dollars on those studies”.

In an interview, Senator Ludlam said  “Australia shouldn’t be funding research into totally inappropriate exercise regimes or therapy, “these remedies are actually counter-productive and dangerous”.

Australia needs to adopt the International Consensus Criteria for Myalgic Encephalomyelitis, which does not recommend these therapies and has a much higher standard, providing much more evidence of the biological processes of a disease.

As well as writing to the UNSW and Mason Foundation, we should urge our representatives at the state and territory societies to endorse the International Consensus Criteria and commend the ICC Medical Primer to the National Medical Health Research Council (NHMRC), the AMA and the RACGP. Write to them, call them and let them know this is the time to act.

As authors of the Canadian and International Consensus Criteria, the National Centre for Neuroimmunology (NCNED) at Griffith University should also be commending this criteria to the NHMRC, ask NCNED to recommend it formally.

If the NHMRC has the International Consensus Criteria, we can point to it as an authoritative source and say “this is not how the government recognises this disease should be treated.”

It has become urgent, now is the time to act. Our representative bodies are already supportive – now is the time to ask them, the NHMRC, the AMA and the RACGP to make the change from the potentially dangerous 2002 Australian criteria to the 2012 International Consensus Criteria. 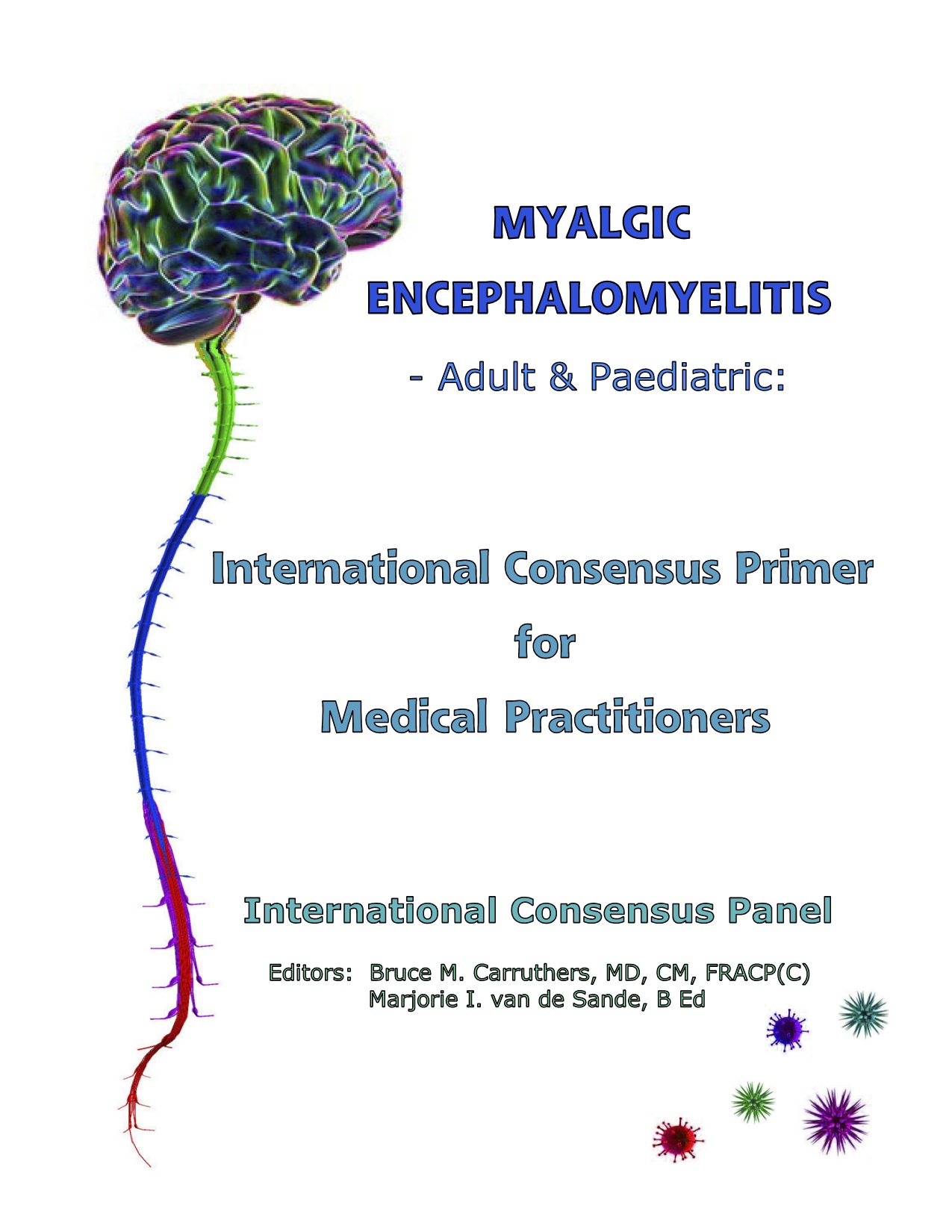