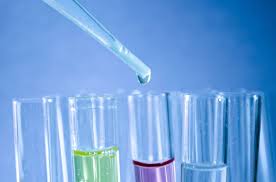 A study published in BMC Immunology in March 2016 by Russell et al states “IL-1α, 6 and 8 adjusted for illness duration may serve as robust biomarkers, independent of age, in screening for ME/CFS.”

A study by Petty et al published Plos One in March 2016 “demonstrates altered microRNA expression in the peripheral blood mononuclear cells of CFS/ME patients, which are potential diagnostic biomarkers. The greatest degree of miRNA deregulation was identified in NK cells with targets consistent with cellular activation and altered effector function”. (This work was partially funded by ME Research UK.)

One year ago, also in March, Columbia University announced Hornig et al had “identified a unique pattern of immune molecules in the cerebrospinal fluid of people with myalgic encephalomyelitis/chronic fatigue syndrome”.

The researchers found that levels of most cytokines, including the inflammatory immune molecule interleukin 1, were depressed in individuals with ME/CFS compared with the other two groups, matching what was seen in a blood study in patients who had the disease for more than three years.

Maes also suggested a new name for those that have the biomarkers: Neuro-Inflammatory and Oxidative Fatigue.

The name ‘Neuroendocrineimmune dysfunction syndrome‘ was initially proposed back in 2003 by the USA’s Chronic Fatigue Syndrome Advisory Committee (who provide advice and recommendations to the Secretary of Health and Human Services) in 2003 for those that meet the International Consensus Criteria, while retaining the name Myalgic Encephalomyelitis for those that meet the stricter Ramsay and Nightingale definitions.