Did the petition stop the Xbox exercise trial? 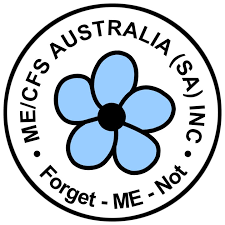 The petition against the ‘increasing exercise’ trial using Xbox video gaming at the University of South Australia (UniSA) was presented to the UniSA and to the President of the ME/CFS Australia in South Australia (ME/CFS SA), Penelope McMillan several months ago. More than 320 people signed the petition on MEAction.

The trial named ‘Exploring pacing to increase physical activity: Is active video gaming a feasible and acceptable strategy for adults with Myalgic Encephalomyelitis/ Chronic Fatigue Syndrome (ME/CFS)‘, is led by physiotherapist Dr Katia Ferrar. It uses a dance-based game called Kinect Dance Central and a sports game called Sports Rivals. Dr Ferrar did not say she would make the study’s data available, instead said the findings would be shared via local media.

The petition called on them to stop the trial on a “strategy to increase physical activity levels in adults with CFS/ME” because:

The lead investigator, Dr Katia Ferrar, demonstrates a lack of understanding of the cellular and muscle problems in people with chronic fatigue syndrome and ME, as she said there is “indisputable research concerning the health benefits of physical activity” when asked about graded exercise therapy.

When enrolling in the study, patients were asked by the enrolment officer if they had chronic fatigue syndrome, but not which criteria they meet. There are nine different criteria for CFS, many not suitable for research.

After two emails and a phone call to both the university’s Vice Chancellor’s office and to ME/CFS SA, here is the outcome of the petition.

“I confirm that the research project was investigated and fully approved by our Human Research Ethics Committee.  The project commenced in 2017 and is progressing in accordance with the approved research methodology,” from Prof David Lloyd, UniSA. (not Prof Andrew Lloyd, who received a petition from some 700 people against his graded exercise therapy and cognitive behavioural therapy trial.)

ME/CFS SA advertised the UniSA exercise trial on their website to recruit patients for the trial, and were on the UniSA Stakeholder Advisory Group.  ME/CFS SA said they would respond after their board meeting on 17 July but there has been no response. ME/CFS SA also has a representative on the government’s ME and CFS advisory committee. ME/CFS SA provides a booklet for GPs on ‘Myalgic Encephalopathy/Chronic Fatigue Syndrome‘ and the first recommendation for management says “patients should gently and gradually increase their level of activity (e.g. gentle walking, hydrotherapy and stretching exercises)”.

Major flaws of the study are explained by Emeritus Professor James C Coyne in ‘Why patients should not enroll in a clinical trial of video gaming treatment for chronic fatigue syndrome“. Prof Coyne writes for PLOS Mind the Brain and Science-Based Medicine.

The study was funded by the Mason Foundation, taking funding which could have been spent on research to increase the scientific knowledge on ME and CFS.

Read an interview with Dr Ferrar about the study and earlier comments from MECFS SA.

“As the parent of a severely affected child, I am well aware of the setbacks and so harm that can be caused from just a brief period of trying to play a computer game. Many other parents will tell the same story of their children with ME. Gaming drives adrenaline and uses a lot of energy, which easily results in over exertion, particulary for a child. Gaming is a really bad idea and clearly the brainchild of brainless people with no understanding of ME whatsoever.”

“Patient experience, Ramsay’s original treatment recommendations, and the US IOM report all concur that this ia a disease in which complete rest from the inception gives the best prognosis, that protracted programmes of exercise push mildly or moderately ill patients into permanent severe or very severe ME with complete disability and severe, intractable and unremitting pain, and that this is a disease, not a psychiatric disorder, in which ‘exertion of any kind, physical, cognitive or emotional, may adversely affect many organ systems’.

It is also known that in ME/CFS the aerobic muscle metabolism is not functioning, so that even slight exertion makes use of the anaerobic metabolism, with the damaging effects consequent on that.

The idea that an ‘increase in activity’ is in any way a desirable goal for a person with ME/CFS is like suggesting that a diabetic increase their sugar consumption, or a lung cancer sufferer increase how much smoking they do. It is based on a completely perverse misunderstanding of the illness.

Exertion is toxic to a person with ME/CFS …it poisons their whole system.

It follows that without exception, any person who has ME/CFS will be damaged by participation in this research; that any possibility of a longer term recovery or even improvement will be utterly wiped out. http://www.positivehealth.com/article/cfs-me/lost-in-translation-the-me-polio-connection-and-the-dangers-of-exercise”

“I sure hope Australian M.E. patients refuse to sign up for this “study”, which is likely to harm uninformed patients and further pollute the research literature.

Even the PACE People have been forced to admit that therapy and exercise don’t work. It’s right there in their own abstract [1] for the PACE long term followup: “There was little evidence of differences in outcomes between the randomised treatment groups at long-term follow-up.”

“Clearly not a fruitful avenue for research in view of mounting international evidence that increasing activity in many cases will make true ME sufferers (those who suffer PEM) worse, not better. First do no harm”

“Many of us have become more disabled after trying to use exercise as a form of recovery. We need to understand why our bodies aren’t working as they should and then create therapies that improve quality of life. This is a serious disease, not a lifestyle choice.”

“This study does not involve logic or science.”

“Because this “study” is simply ridiculous – ignoring absolutely every knowledge about that disease, that serious scientific studies of the last years have revealed.”

“Making people with ME engage in increasing physical activity is barbaric. The cardinal symptom of ME is post-exertional malaise, i.e., a complete exacerbation of all ME symptoms. Multiple scientific studies have confirmed this. Increased activity makes patients feel really, really ill and leaves them even more disabled for very prolonged periods of time. STOP HARMING PATIENTS NOW!”