Disability agency consults on ME and CFS 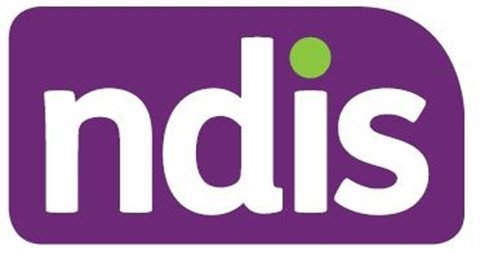 Senior staff from Australia’s National Disability Insurance Agency (NDIA) met with Emerge Australia and ME Australia to see how they can better support people who have ME and CFS. Encouragingly, this seems to be the start of a more broad consultation approach. At the meeting, we discussed access to the scheme, how permanent disability can be evaluated and treatments the NDIA expect people to try before applying.

The NDIA are a government agency who deliver Australia’s national disability insurance scheme (NDIS) to provide funding for support and services to people under 65 with a permanent and significant disability, regardless of income. The NDIS was introduced in Australia in 2013.

Senior executives and key staff from the NDIA asked to meet with Emerge Australia’s CEO, Dr Heidi Nicholl, and two representatives from ME Australia to discuss access to the scheme and planning for participants in the scheme.

This follows last year’s meeting between Dr David Tuller and the NDIA to explain problems with the treatments in the current Australian chronic fatigue syndrome guidelines, graded exercise therapy and cognitive behavioural therapy.

Question of permanent disability
NDIA are concerned that ME and CFS are not permanently disabling and that people with ME or CFS will recover, stating if people are likely to recover, they are not eligible to receive support or services.

ME Australia provided evidence that this is not the case. The International Consensus Criteria states recovery from ME is ‘rare’, while a systematic review of the scientific literature on chronic fatigue syndrome (various definitions) found that the median recovery/remission rate is 5%.

Treatments
The NDIA argued that there are treatments for chronic fatigue syndrome, based on the Australian CFS guidelines, Australian research (for example) and Australian experts such as Prof Andrew Lloyd and Prof Suzanne Broadbent.

Evidence was presented to the NDIA, including USA’s Agency for Healthcare Quality and Research (2016) reviewed the evidence and found “insufficient evidence of the effectiveness of GET on any outcome” and Emerge Australia’s Primer on Graded Exercise Therapy.

We advised the UK ME Association report of 2015 found that 74 – 77 per cent of (ME, CFS and post-viral fatigue) respondents’ symptoms were worse after graded exercise therapy:

“GET should be withdrawn with immediate effect as a primary intervention … One of the main factors that led to patients reporting that GET was inappropriate was the very nature of GET itself, especially when it was used on the basis that there is no underlying physical cause for their symptoms, and that patients are basically ill because of inactivity and deconditioning. A significant number of patients had been given advice on exercise and activity management that was judged harmful with symptoms becoming worse or much worse and leading to relapse.” ME Association report 2015

ME Australia suggested part of the issue with the research NDIA were quoting is due to problems with the Australian guidelines. This has led to 2 in 5 people wrongly diagnosed, while others wait years and decades for a diagnosis. We advised an Australian study found less than a third of Australians diagnosed with chronic fatigue syndrome meet the criteria for Myalgic Encephalomyelitis while only 60% meet the Fukuda criteria for chronic fatigue syndrome, indicating that the current Australian guidelines are failing to help medical professionals diagnose CFS.

We also advised there is an issue in using advice from the Australian CFS guidelines which describes  people as being on the “spectrum of fatigue”, as opposed to the Centers for Disease Control and Prevention criteria and International Consensus Criteria.

Medical practitioners with up-to-date expertise
We discussed while there is promising science, including patented biomarkers there is a difference between  primary care physicians who rely on the 2002 Australia Guidelines rather than the International Consensus Criteria, Canadian Consensus Criteria and the Fukuda criteria.

In terms of treatment, we provided the NDIA with a list of some of the medical professionals who have expertise with ME and CFS. We also provided a list of those not recommended as they rely on models which are increasingly being rejected internationally, as scientific research finds further evidence of dysfunction within cells.

State of science
During the meeting ME Australia also briefly updated the NDIA on current promising Australia research and international research.

ME Australia is committed to keeping everyone updated about how they can be involved in any NDIA consultations.
Follow @MyalgicE on Twitter for updates.

2 thoughts on “Disability agency consults on ME and CFS”