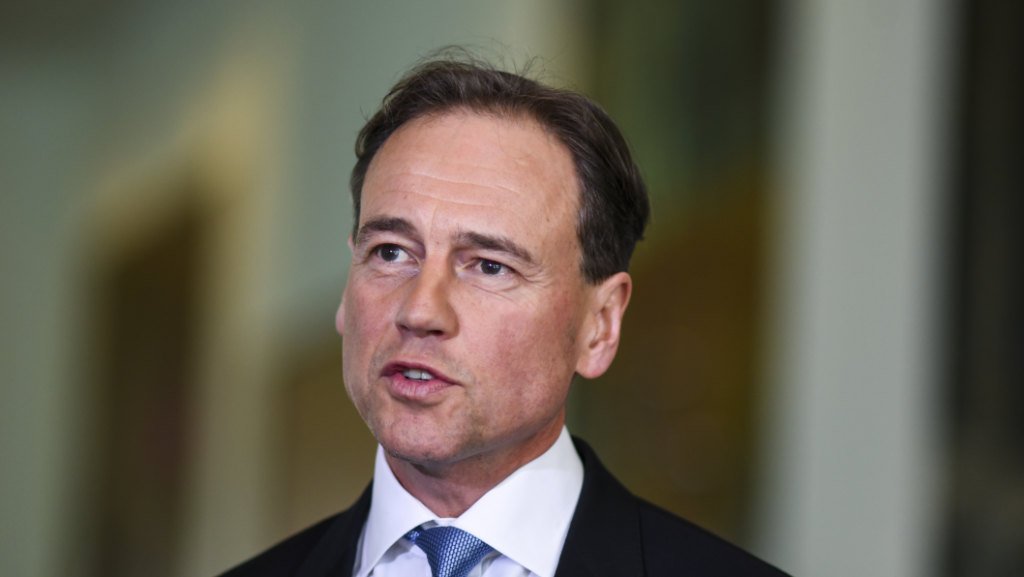 Australia’s Health Minister, Greg Hunt, announced $3 million in medical research funding. In 2018-19 the government will spend $6 billion on Australia’s health and medical research sector. The Minister said funding will ‘help researchers develop a better understanding of the cause and condition of Myalgic Encephalomyelitis/Chronic Fatigue Syndrome (ME/CFS)’. This comes after many people for many decades have made the case to take action.

Professor Paul Fisher, head of microbiology at La Trobe University, joined ME Australia at the latest meeting with Minister Hunt last year. He welcomed the announcement but said more needs to be done.

“The announcement by the Minister for Health of a targeted call for ME/CFS funding through the NHMRC is very welcome, although it falls well short of what is actually needed to make rapid, major inroads into understanding, diagnosing and treating this terrible and surprisingly common disease. To have the biggest impact it will be vital that this funding be focused on biomedical research aimed at understanding ME/CFS and not on discredited treatment approaches,” said Prof Fisher.

“This funding is a result of the persistence of the ME/CFS patient and advocates community, with support from researchers, in lobbying for something to be done about the previously abysmal funding levels for ME/CFS research in Australia. The patient community across Australia should be congratulated on their success in achieving this wonderful result, which constitutes a great first step towards governmental ME/CFS research support in Australia. For the sake of the hundreds of thousands of patients around the country, let this be a beginning and not an end!”

Speaking via video at the Symposium earlier this year, Minister Hunt said he recognised the impact ME and CFS can have on lives.

“Myalgic Encephalomyelitis and chronic fatigue syndrome are major issues that can have a profound impact on individual and community life. 240,000 Australians – at least – have some form of ME or CFS. Of those a quarter can be housebound with the same impact on them as MS or any of the neurological conditions so it can be a crippling and catastrophic diagnosis for an individual.

“But it’s often misunderstood and the research is not as strong as in many areas of our chronic conditions, so I wanted to thank and congratulate everyone for being part of (the symposium). I particularly want to acknowledge the ME CFS community. Those from my electorate, those from around the country who’ve visited me and made the case about the importance and I agree,” said Minister Hunt.

Dr Christopher Armstrong, now at the Open Medicine Foundation and formerly of Melbourne University, briefed the Health Minister and others including Australia’s Chief Medical Officer and the CEO of the NHMRC.

“Over the past year I have had the privilege of being invited by ME Australia to be an Australian research representative. We met with many ministers, members and senators in the Australian capital. Our role was to educate them on what ME was and how a recent boon in biomedical research findings, both in Australia and internationally, had pointed to a fundamental biological disturbance in ME patients,” Dr Armstrong said.

“We were surprised by how little was known, but pleased with how well received our information was and how interested they were in the disease and the role Australia played in the research field.”

Associate Professor Brett Lidbury, from the Australian National University’s National Centre for Epidemiology and Population Health, said Australian researchers have had to rely on private donations due to a lack of government support.

“Australian researchers have done a remarkable job in recent years, with comparatively small amounts of funding, and support from philanthropic trusts and foundations (Judith J. Mason Foundation, Alison Hunter Memorial Foundation), but in spite of this, have established a leadership position internationally in the field of ME,” said Associate Prof Lidbury.

“This significant Federal funding is recognition of these achievements, and overdue recognition of the “missing” patients and families who have patiently lobbied and counselled the wider community on this overlooked disease”.

“A cure may be just around the corner but I have to face the fact that I may be sick for a long time yet. It’s not AIDS, although it’s similar, you can feel equally as ill only it doesn’t kill you. Not cancer either. I’m not dying or anything drastic like that. It’s M.E. Don’t forget M.E.”

The $3 million funding will be administered by the National Health and Medical Research Council (NHMRC). Here is the full media release.

The NHMRC, in May 2017 told Parliament it would take months not years to issue a call for research into ME and CFS. Instead, in 2017 the NHMRC appointed an advisory committee of doctors, researchers and consumer representatives to prepare a report on ME and chronic fatigue syndrome. The advisory committee are currently reviewing public submissions and their report will be delivered to government at the end of April 2019.  At that stage the NHMRC CEO will decide whether the report will be released publicly, or wait until after it has been reviewed.

This is the second announcement by the Health Minister, as the Medical Research Future Fund (MRFF) has opened a funding opportunity for a health economics study of the impacts and costs associated with ME/CFS, closing on 10 April.